Interesting people I have met on my wine tours ... 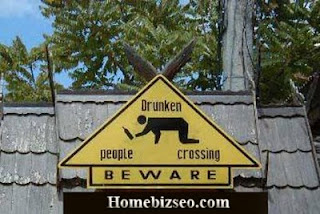 Over the years I have met a diverse and interesting number of tourists on my wine tours of Auckland region.
Many people say to me, 'I guess you had a lot of drunks on your tours, then?'

Well, not really.  I have never really had any problem regarding my guest's behaviour.  As with most wine drinkers, they just get a bit slurry and funny - and then fall asleep on the return journey the their hotel.

In ten years, the worst experience was a middle aged Japanese lady who neither spat nor tipped, her samples of about twenty wines during the four hour tour with her (more circumspect daughter).  We were nearly at the Hyatt, when I thought, "Hmmm. Why can I smell Parmesan cheese all of a sudden?'  Sure enough, the lady had very quietly, and accurately puked into the little parcel tray directly behind my driver's seat.
'Sorry for ... ah, dirty your car,' She slurred as she exited on wobbly legs.  I explained that a certain amount of cleaning would be required and that she would pay an extra $50.

Other memorable guests:
A Canadian who looked exactly like, and talked exactly like Al Pacino in Scent of a Woman.
'Hoo-wah!'  He got into the vehicle, at Sky City, then spotted a local Asian food joint 'Wong Kok!!  Ha ha ha - ya wanna get the Wight Cock!'  My Midwest USA guests, smiled nervously.

A Californian couple who had bought enough home-grown dope with them for their NZ holiday needs.
Didn't you worry about our border security?  I asked.
'Nah.  the little dog was really interested in someone close by, so we got outta there.  Anyway we both have doctor's certificates to smoke marijuana for medicinal purposes.'

The sad, lone 60-ish Frenchman who had met an fallen in love with a British lass after WW2.  They owned a highly successful pub in the countryside where he built a reputation for it;s French cuisine. He was happy to do that for ever, but his wife insisted that they sell up, so that they could retire together.  When the pub sold, she took her money and ran off with the sales Rep from the brewery. During the tour, his English born kids texted him the latest football scores.

The charming Melburnian matron who is a regular world travel fan, and has been on three tours with me. She pursues a life of romance novel writing and attends the Romance Writers Conference in Auckland each year.

The totally rude and obnoxious Californian freelance journalist, who wrote a glowingly positive review of her tour with me.

The young 20-ish film maker, on holiday with his girlfriend.  He did card tricks,  cracked jokes, and invited me to the NZ premiere of his new movie: a parody of Summer Camp movies, with a Jewish theme and a host of cameo Hebrew Crew actors.

The Pentagon computer systems Wiz, who flew to Auckland to marry his Brit girlfriend.  He was totally blind, about 6 ft 4, and extremely generous. He brought a bottle of  Californian Zinfandel with him to give to me.  Utterly charming and a great sense of humour. We had been emailing each other for about 6 years. Sadly he died early this year.

The group booking where the son-in-law flirted with, and made dreadful double entendre jokes with his mother-in-law (with his wife sitting next to him).

The tall atractive Texan heart surgeon who flew to NZ to catch yup with her elderly aunt.  She hired me for 4 hours and tipped me $200.

The Aussie who asked the waitress at lunch, 'What is your biggest red wine?'
She replied, 'Ummmm.  They're all about the same size.'