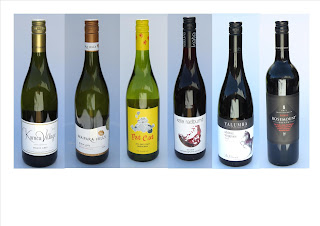 As a hobby wine writer on a modest income I do like to open a different bottle of wine each night and share it with my charming spouse during dinner and over the course of an evening. But, aside from trade samples, I am obliged to buy my own wines. And these generally fall under the $25 dollar mark. I’d dearly love to say that I have a huge cellar stocked with many hand-picked bottles from the very best vintages and producers, but the sad fact is no, I don’t.

Thus I’m always on the lookout for a bargain and sometimes stumble upon the odd gem – largely by trial and error.  As a rule of thumb, it’s extremely rare to get anything drinkable under $10. And there are some truly awful imported supermarket cheapies in the $8.99 and below range.

Generally you do get what you pay for, so don’t expect concentration of flavour, longevity or complexity in a sub $10 wine. Wines in the $25 plus range are generally produced with a lot more TLC, including crop-thinning and vineyard selection.

Anyway, here’s a selection of very good value wines that I managed to bring in under the $16 price point, on a recent hunting and gathering expedition into deepest Ponsonby.

Disclaimer: I bought the wines on special at the time of writing, from Glengarry in late September, so current prices may vary depending on where you buy these wines.

Kumeu Village Pinot Gris 2013 $NZ 14.99
Yeasty lime aromas, leading on to a rich and complex medium palate of nougat, lime juice quince and grapefruit, with a mineral dry finish. Yum.  Reflects a hot dry vintage in west Auckland. Fantastic value.  A brilliant pre-dinner wine. And during. And after.
Available from Glengarry or direct from the winery www.kumeuriver.co.nz

Coopers Creek Fat Cat East Coast Chardonnay 2014 $14.99
Smells like rock melon and citrus with a whiff of funky yeast.  A nice soft and light easy-drinking style with flavours of melon, lemon squash and nougat and a dry finish. Nice chilled as a picnic wine or a friendly BBQ white wine option for the savvie averse.
Available from Glengarry, or direct from the winery www.cooperscreek.co.nz


Available from Glengarry and Countdown online. 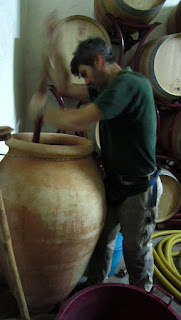 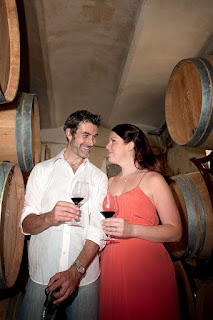 When Tuscan winemaker Stefano Guidi dropped in to Matakana’s Herons Flight winery for the first time he wasn't looking for a job, he was just there to sample their Italian varietal wines and chat with the winemaker.  Owners David Hoskins and Mary Evans weren't really looking for a winemaker either, but since that first amiable meeting in Matakana in 2013, Stefano Guidi took a keen interest in Heron’s Flight’s sustainable winegrowing approach to Sangiovese and Dolcetto.

Over the next two years, Stefano supervised the winemaking, albeit from a distance, while still working full time in Tuscany. He had previously gained an engineering degree at the University of Milan, followed by a PhD in winemaking and studying oenology and viticulture in Bordeaux. His first winemaking job was in the Chianti Classico region, in Tuscany, where he worked mainly with Sangiovese - the dominant variety at Heron’s Flight.

Grapes were first planted at Heron's Flight Vineyard and Winery in 1987 by David Hoskins, a chemist and philosopher turned winemaker, and Mary Evans, a scholar and teacher. David (ex-Philadelphia USA) started off with plantings of Chardonnay, Cabernet and Merlot. Then in 1994 his infatuation with Italian wines led him to plant the Sangiovese. Since then, all the other vines have been pulled out and replaced with either Sangiovese or the northern Italian grape Dolcetto.  Heron’s Flight produces around 1500 cases of wine per annum, mostly sold domestically, but with some exports to UK, Hong Kong and China.

On return to Italy, Stefano met the love of his life, Napier-born lyric soprano opera singer Anna Leese, and in January 2015 the newlyweds moved permanently to Warkworth where Stefano took over as chief winemaker at Heron’s Flight. As part of the inventory from Italy, Stefano imported a 500 litre terracotta amphora in his shipping container along with his household goods. The amphora was made by a very tiny producer in Impruneta, close to Florence. Stefano’s amphora is now being used to make Heron’s Flight’s flagship premium 2015 Sangiovese. Indigenous yeasts are used in a wild ferment and there is no use of sulphites. His technique involves removing around a third of the skins post fermentation, and then leaving the wine in contact with the remaining skins for four to six months. He explains that the remaining skins prevent any oxidation by constantly releasing tannins and polyphenols which are extremely strong antioxidants.


Stefano’s other pet projects at Heron’s Flight are making rosé, a Champagne style and a passito style sweet wine also from Sangiovese and Dolcetto (only about 50 litres) after drying the fruit on a mobile wooden rack that is put away at night.
“These are the old tricks that we use in the Mediterranean,” he chuckles.