Every now and again I come across a grape variety I've never heard of - and here's he latest:  Marzemino.

Hailing from northern Italy's Trentino-Alto Adige region this rare red grape variety is silky and full-bodied with sour cherry flavours.
Marzemino is a late ripening variety - which you would think would make it marginal as a New Zealand wine, however 2010 was a particularly hot and dry harvest season in Hawkes Bay and subsequently Church Road has nailed it with this big but approachable red wine.


In the glass - inky deep crimson/purple.  Aromas of black cherry and almonds.  Flavours of boysenberry, black currant and Christmas fruit cake, with soft tannins but a hint of acid.  $NZD 27.00 from Glengarry.
I opened the bottle about 2 hours before we drank it and seemed a bit edgy then.  But with dinner it had softened out and was fine with the chicken and leek pie. 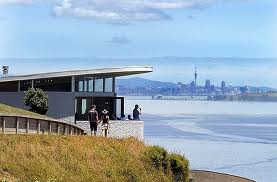 The vineyard is sited on a steep north-facing, 20-degree slope, just back from the point of the Peninsula.Owners Tony and Moira Forsyth produced their first wine in 1999 and have gained many accolades and awards for their Chardonnay and Bordeaux style reds.

This week, I was lucky enough to do a vertical tasting of four vintages of their flagship wine, a Bordeaux blend style - The Point, hosted by Moira. 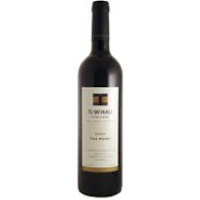 2011 Le Petit Point   $NZD 39.50
After a very difficult growing season with a lot of rain and unusual cold spells, the decision was made to take a leaf out of the Bordeaux winemakers' book and 'declassify' the vintage, releasing the premium Bordeaux blend as a second label named Le Petit Point.  This wine still tastes young, fruity and light, with savoury aromas and flavours of red cherry, pot pourri and stewed plum, with medium tannins.

2010 The Point   $NZD 85.00
(63% Cabernet Sauvignon, 25% Merlot, 9% Cabernet Franc, 4% Malbec)
By complete contrast, the 2010 vintage was one of Waiheke's best - with a hot very dry extended late ripening period for the Island's reds.  The wine is much more intense, with a dark purple hue - ripe and generous. Aromas and flavours of black olive, black current, cherries and ripe plum with hint of minty Cabernet.

My pick - The Point 2010.  These are all very classy wines with the finesse and structure of a true Bordeaux blended red.  Having sampled a number of Waiheke's reds, I have to say - Te Whau's are way ahead of almost all the Bordeaux blends on the Island (including some *ahem* famous producers).