A Visit To The USA West Coast 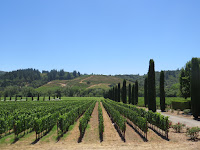 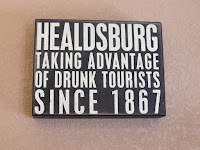 As a wine tour operator and occasional wine writer, over the last 16 years I have visited wineries in NZ, Australia, France, Italy, and just recently the USA. Last month I toured the wine regions of Sonoma California and Portland Oregon, visiting 15 wineries in total.

The huge size of the northern Californian wine business is quite overwhelming with about 800 wineries, and Portland Oregon boasting over 400.
I was advised to avoid the Napa region, in favour of Sonoma in order to avoid the very large commercialised wineries and summer crowds. And I picked Oregon because of its cooler climate wines, especially my favourite red variety, pinot noir. Wines from the USA are regarded as ‘new world’ wines by the vino cognoscenti. That is, their wine industry is relatively young compared to Europe. And similarly to NZ, a culture of regular wine consumption goes back about only about 40 years.
Napa and Sonoma in California are the major USA quality wine regions – famed for chardonnay, cabernet sauvignon and zinfandel. Portland Oregon is located further north and more of a cool climate boutique region best known for pinot noir and aromatic varieties.
In Sonoma, we based ourselves in the very hip town of Healdsburg where the summer temperatures soared to 40C on some days. The town square reminds me of Martinborough, and is bustling with restaurants, tasting rooms and high end shopping. The local rural landscape was very dry and brown obviously suited to growing full bodied reds. Portland on the other hand is a large and prosperous city famed for its bohemian lifestyle and foodie culture. With a higher rainfall, Portland is very green and felt much more like home.