How to judge and score wine 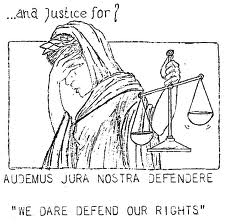 How does one judge and then score a wine?
This has been preying on my mind lately - and was brought into sharp focus when I was asked to participate in evaluating some full bodied reds.  Sixty Seven of them. Not a printing error. 67 glasses of Merlot, Merlot blends, Cabernet, Cabernet blends and Syrah/Shiraz in three hours.  This may sound like fun.  It is not.

As a wine enthusiast and someone who writes about wine, I  like to take an individual bottle of wine, sip away quietly at home of an evening, share some with my charming assistant, and take time to write some notes on aromas and flavours.  Beyond that I don’t grade or score a wine – either I like it or I don’t.  Mostly I won’t write about I wine I don’t like – I’d rather that people look at my wine reviews in the knowledge that I’m saying: ‘this is a wine I like and recommend – see what you think.’

The five point system is fairly easily understood five point (or five star) grading as practiced by one of our top critics Michael Cooper and many magazines and newspaper wine columns.  It’s a nice concise assessment – you know you won’t be forking out $30 for a two star wine if there’s a four star wine next to it on the shelf at $25.

A few years back I completed an Intermediate Certificate in Wines and Spirits, with the London-based Wine and Spirit Education Trust (WSET).  Their grading system was a composite score out of 20: Appearance (clarity, colour etc.) 5 points, Aromas 5 points, and Palate 10 points.  Scores tended to hover around the 15 to 16 region when we judged wines in class.  The odd real gem would kick in with 18 or 19.  I have always thought that giving points for appearance is a bit silly – it’s a red wine, ergo sum it looks red, 5 points. Duh.  Sure there are clues in a wine’s colour that will give clues to its age and condition.  Red wines tend toward brick red and brown as they age; white wines tend to gold and amber with age. A light red wine will be clear and see-through, a full bodied red will be opaque.  But any fault in an over oxidised (too old) wine will be just as apparent on the palate as by noting colour.

Famous USA wine critic Robert Parker (no relation. Okay I’m his Antipodean Love Child),  uses a 100 point system explained here, where anything below 60 is considered below average. (Whaa?  My rudimentary high school maths tells me that average of 100 is 50).  Parker has a complex formula  for breaking down the score into components a la WSET, and then gives an over all rating.  My problem with that, is what’s the difference between a 93 and a 94 score?  How about the poor bugger whose wine gets 59 and the lucky one who creaks in at 60?  According to his scale 80 to 89 covers  ‘barely above average to very good.’ And quite irrelevantly: Fess Parker who played Daniel Boone (no relation)  in the eponymous TV series, established his own winery in California after acting jobs took a dive.

Finally there is the much simpler Gold, Bronze, Silver, Not-Good-Enough-U-Lose scale used by wine competitions.  This is more aimed at final judging of very good wines, leaving out those that didn’t make the cut.  Again, it’s pretty subjective but it is easier for the punter to get a grip on.  And is more in line with the concept of ‘here are some good drinkable wines graded from good, to very good, to outstanding.’

The subjective nature of evaluating wine, like music or art is hugely controversial and will continue to be debated for a long time yet.

And what of the 67 reds?  Well… I tip my hat to my two fellow wine evaluators – one a winemaker, and the other a wine company director. These guys are seasoned, efficient and organised.  They wrote copious notes, scored within a point of each other most times and whipped through the lot in 4 hours (that’s 3.5 minutes per wine – including lunch and ‘comfort stops.’  I, on the other hand, scored way too low on the first flight of 17 wines and took twice as long as the others. Then I think I got into the swing of it by the second flight – my scores were more consistent and I got quicker, but I really wasn’t a whole lot of use.  By the last flight my teeth were grey, I had a black tongue, my tasting notes were often limited to one or two indecipherable words, and was praying to be let out.