Whose wine is it anyway - wine fashionistas 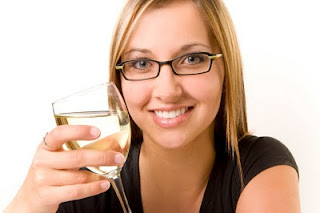 As a colleague in the wine trade recently said: unfortunately, wine is now part of the fashion industry.

What it means for your average wine enthusiast (me included) is that what wine we enjoy - and how much we pay for it, is pretty well dictated by fashion. There has been a backlash against Chardonnay, for no other reason that wine fashion folk, suddenly decided it is ‘boring’. So now ABC (Anything But Chardonnay) is the rule for some white wine drinkers. All this in spite of the fact that Chardonnay, one of the few white wines which is aged in oak to add complexity to its flavours; is a great wine, and one which New Zealand winemakers are still doing particularly well.

Oak barrels sourced from France or the USA cost the wineries around $1,500 each, and last only about three vintages before they are cut in half and hocked off to the public at about fifty bucks apiece as planters. Chardonnay is an immensely complex and subtle wine, which has a major input from the winemaker as to its many variable influences. To write it off as unfashionable is shallow and ignorant.

Fashion, however is a two-edged sword, and that means that Chardonnay fans like me can pick up some damn fine Chards at bargain prices, while the wine fashion victims are running themselves ragged, all over Auckland for Viognier and Pinot Gris at $25 plus per bottle.

And not that I’m saying that there’s anything wrong with these exciting new wine varietals, either. They are very drinkable fragrant wines suited to subtly flavoured foods and are produced in fairly small quantities - which tends to push up prices.

However, there is a lag of something like three years before winemakers can establish new plantings to cope with a new grape varietal which is suddenly in demand. Only after the third harvest generally, are the grapes of sufficient quality and quantity to be a viable commercial proposition.
So by the time there are sufficient plantings to produce enough Viognier to meet increased demand, the fashion fascists may have moved on and decided that Chilean Petit Verdot is the next big thing and poor old Viognier will be out in the cold again.

Wine is essentially, and always has been about personal taste and enjoyment. The best wine for you is the wine you most enjoy – and to hell with anyone who tries to force you into drinking what they think you should. It’s all about personal preference. I liken it to someone saying that everyone has to like anchovies. In reality some like them, some hate them, and nobody should be forced to eat them because somebody else says they ought to. Same with wine.